Whether you like them hot and spicy, sticky sweet or plain Jane and whether your prefer them served with blue cheese, plum sauce or celery sticks, chicken wings have to be the most versatile protein on the planet. Americans have been attesting to this fact, gobbling up wings by the boat-load with more than 27 billion eaten in 2013 and 1.23 billion wings consumed during Super Bowl weekend alone. That’s over 100-million pounds of wings. To give you some idea of what that looks like the picture the chicken wings laid out end to end -- they’d circle the perimeter of the Earth not once but twice! 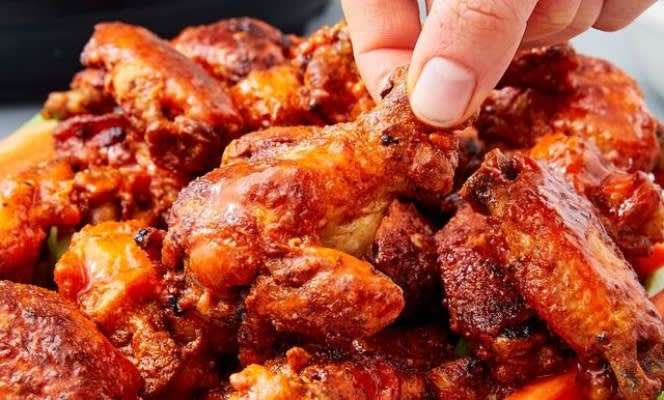